Co-designing the future of education in New Zealand 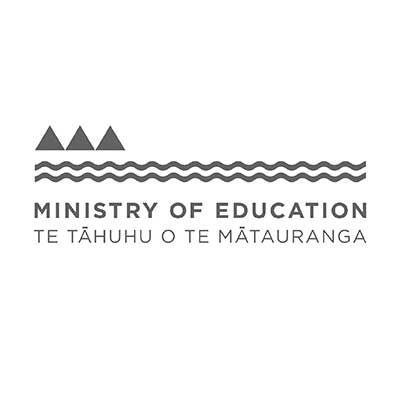 Problem Statement
The education system in New Zealand still produces inequalities and fails to embrace the pace of societal change. How could we design a more inclusive and effective model, and do it in a way that engages all citizens to ensure the model reflects the type of society they aspire to be part of?

The current Prime Minister, Jacinda Ardern, leader of the New Zealand Labour Party, took office on October 26th, 2017. A key priority for her government was a thirty year strategy to reform the education system. The strategy to execute on that priority relied on two bold Decisions:

In February 2018, the Minister of Education Chris Hipkins followed up on this commitment by releasing details of an extensive three-year work programme to develop an education system that meets the needs of the 21st century from early learning through secondary and beyond. Minister Hipkins believes the system needs to be inclusive and able to adapt to the needs of the modern world. He stressed that achieving successful change would not happen “by dictating what ought to be done”. Instead, he committed to seeking broad engagement across the sector and the community as part of the change process and decided to launch a national Education Conversation, Kōrero Mātauranga. He asked to kick-start the Education Conversation with two “Education Summits” – large scale 800 person events in Christchurch and Auckland that would bring together all walks of life: students, parents, teachers, academics and employers, etc. A special emphasis was placed on inviting people and communities whose voices are not always heard. We were asked to co-design and deliver those two summits and initiate a long-term nationwide movement of change.

“As the old saying goes, ‘Whatever you do for me but without me; you do to me’. In future, we want education and learning policy built by participants and communities. Not by others for them. We want ministries to spend more time listening, engaging, and involving people in change in future, for the future.”
Chris Hipkins - NZ Minister of Education

The objective of the events was to “Engage in a meaningful dialogue to surface the diversity of perspectives and lay the foundation of a better and more inclusive education system for future generations of New Zealanders”. They were designed to ignite a national conversation about the future of education. By hosting the most inclusive and diverse education conversation ever held in New Zealand and using values as a participatory decision-making framework; the events reframed the conversation from a problem that public servants singlehandedly had a responsibility to solve – to a distributed responsibility and participatory citizen-driven conversation. By the end of the Summits, participants demonstrated individual and community ownership for the tangible change that would be required for such a large scale reform program, restoring confidence in the public service and setting manageable expectations for the road ahead. 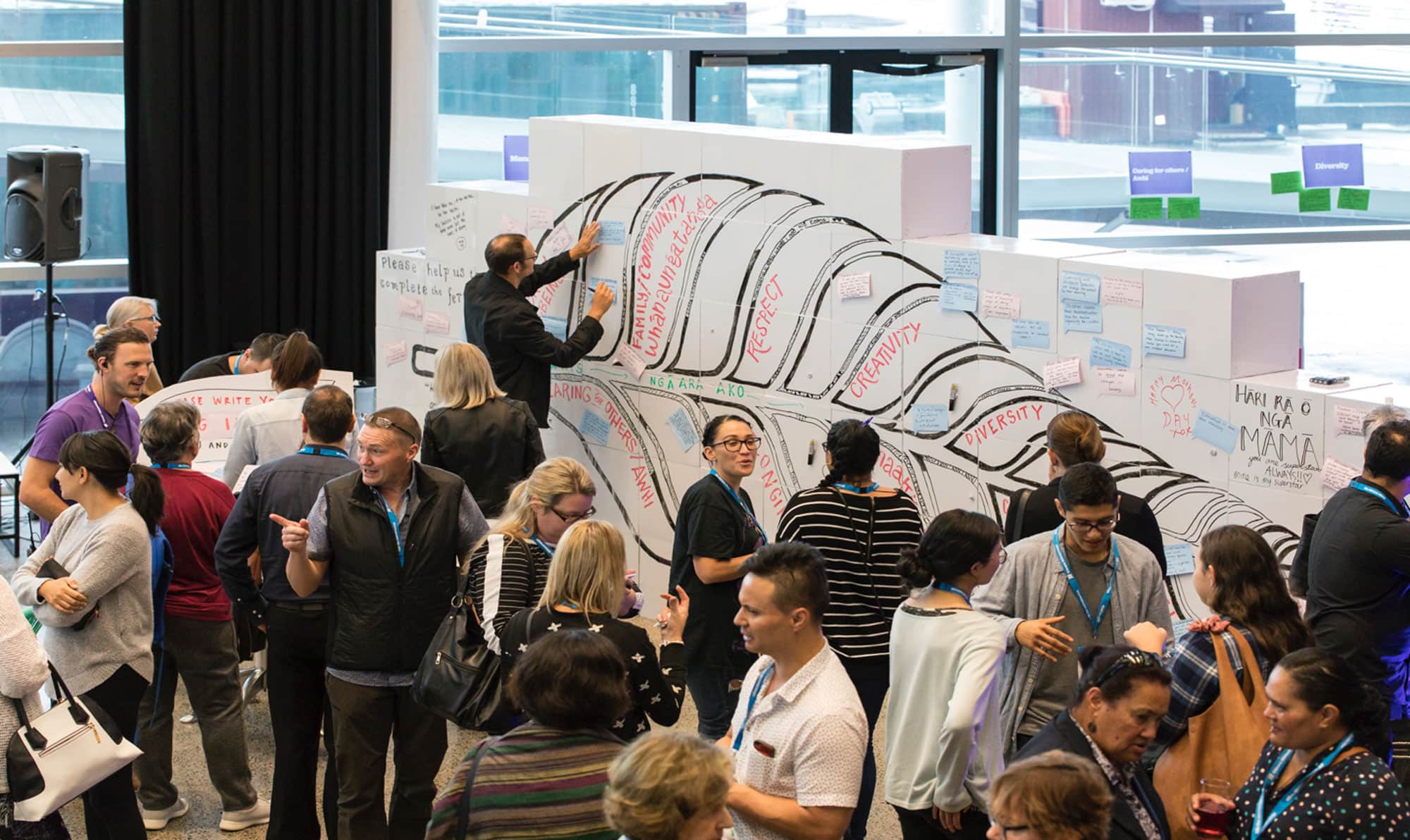 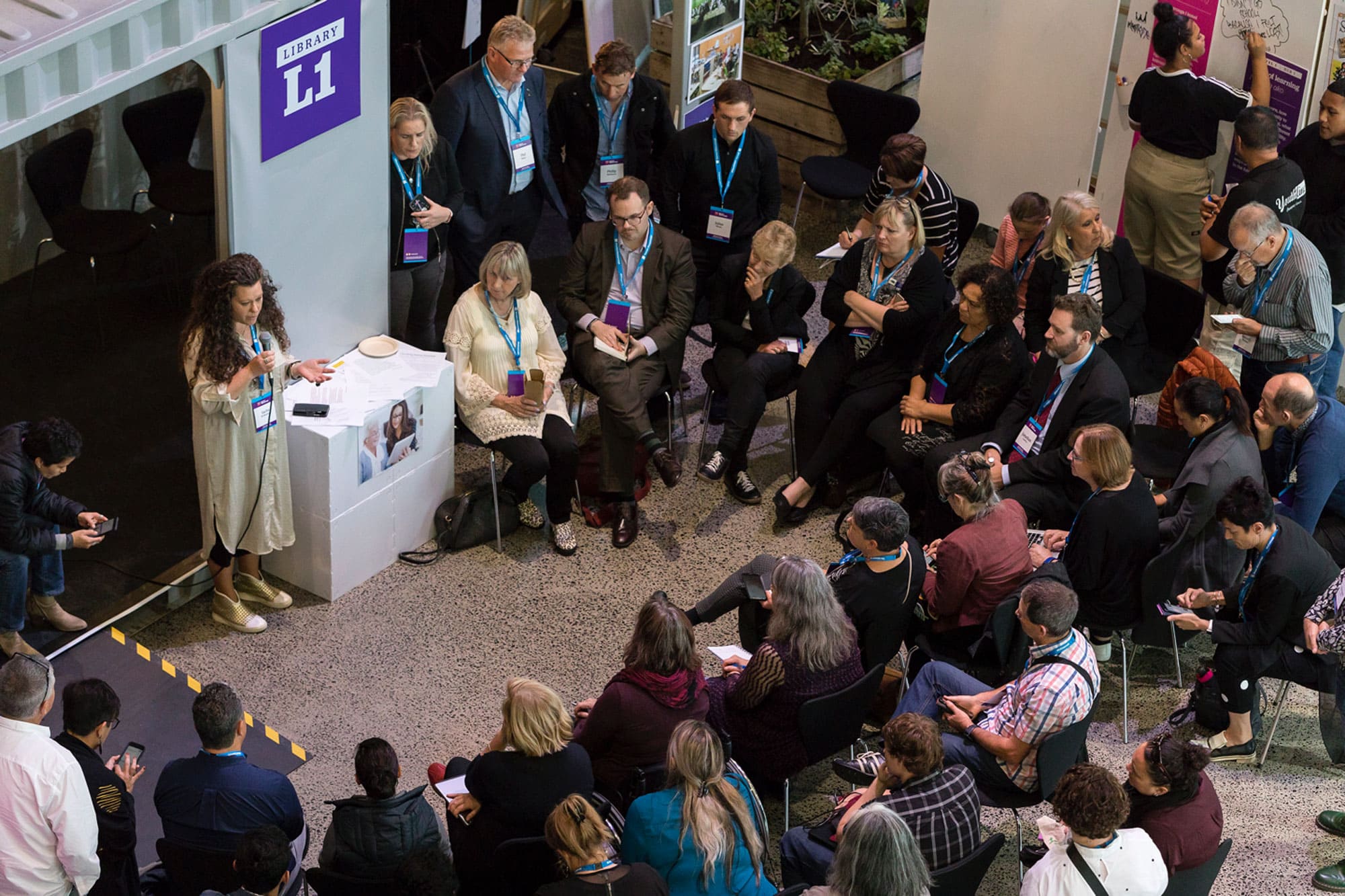 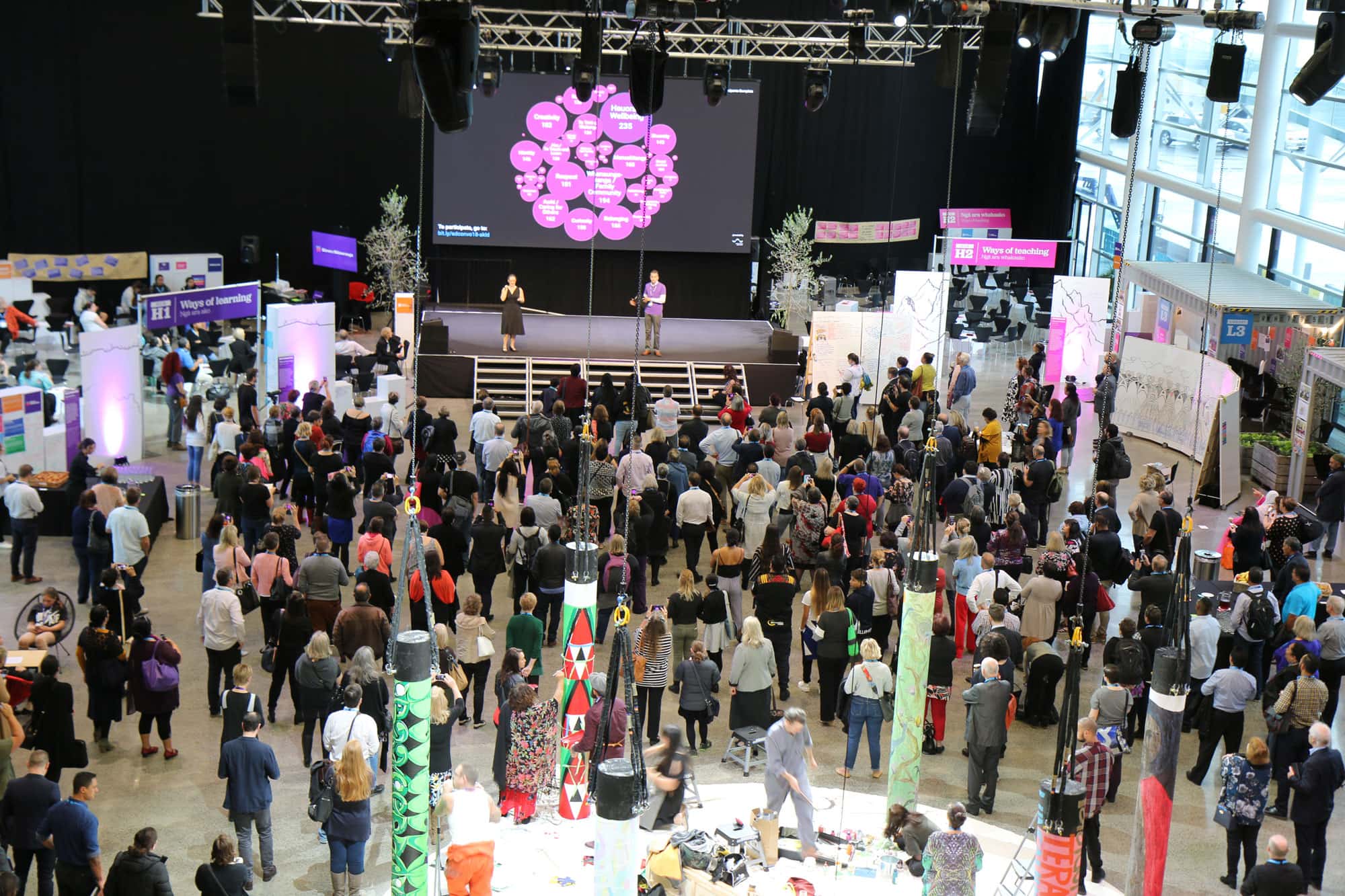 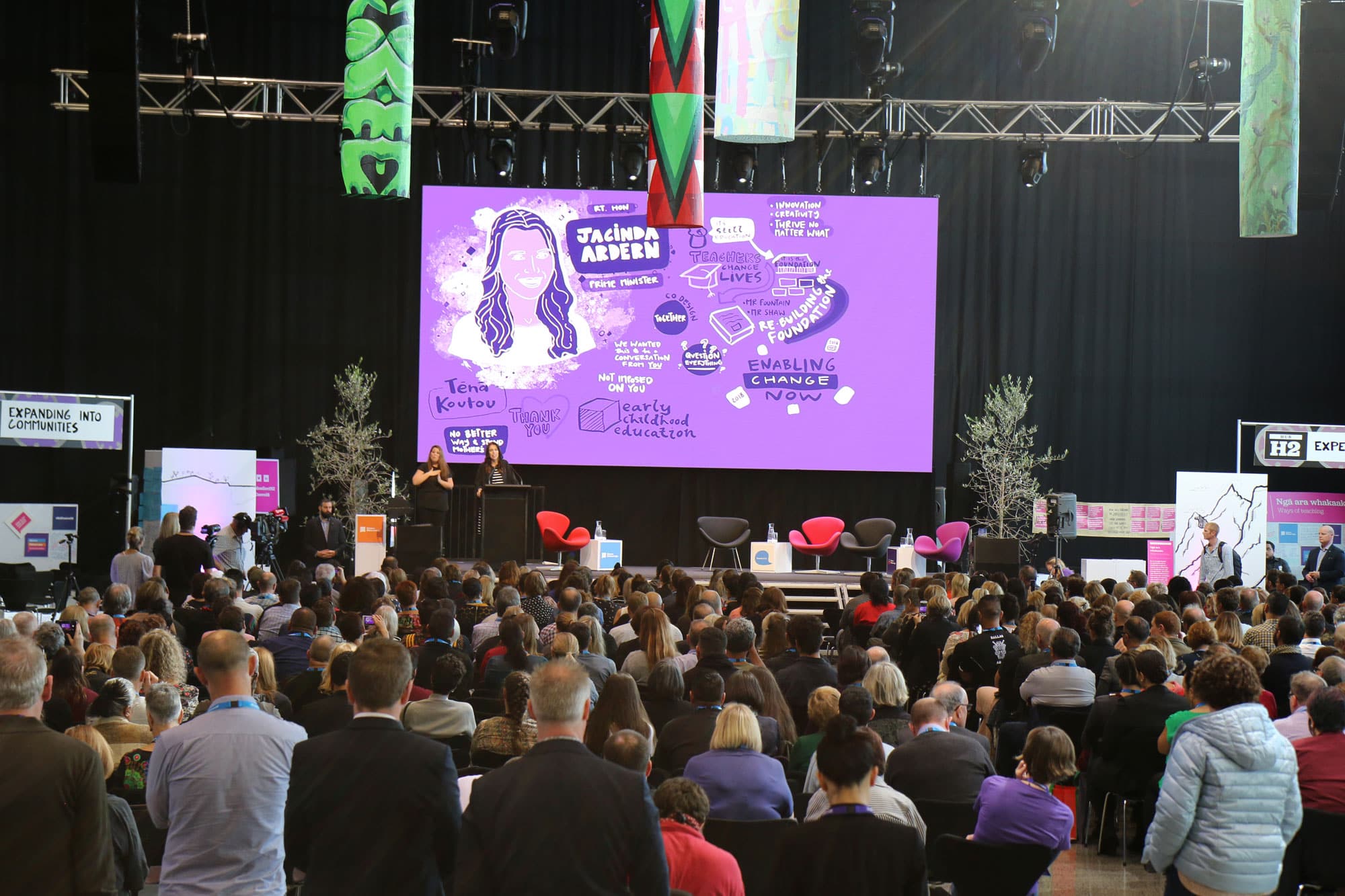 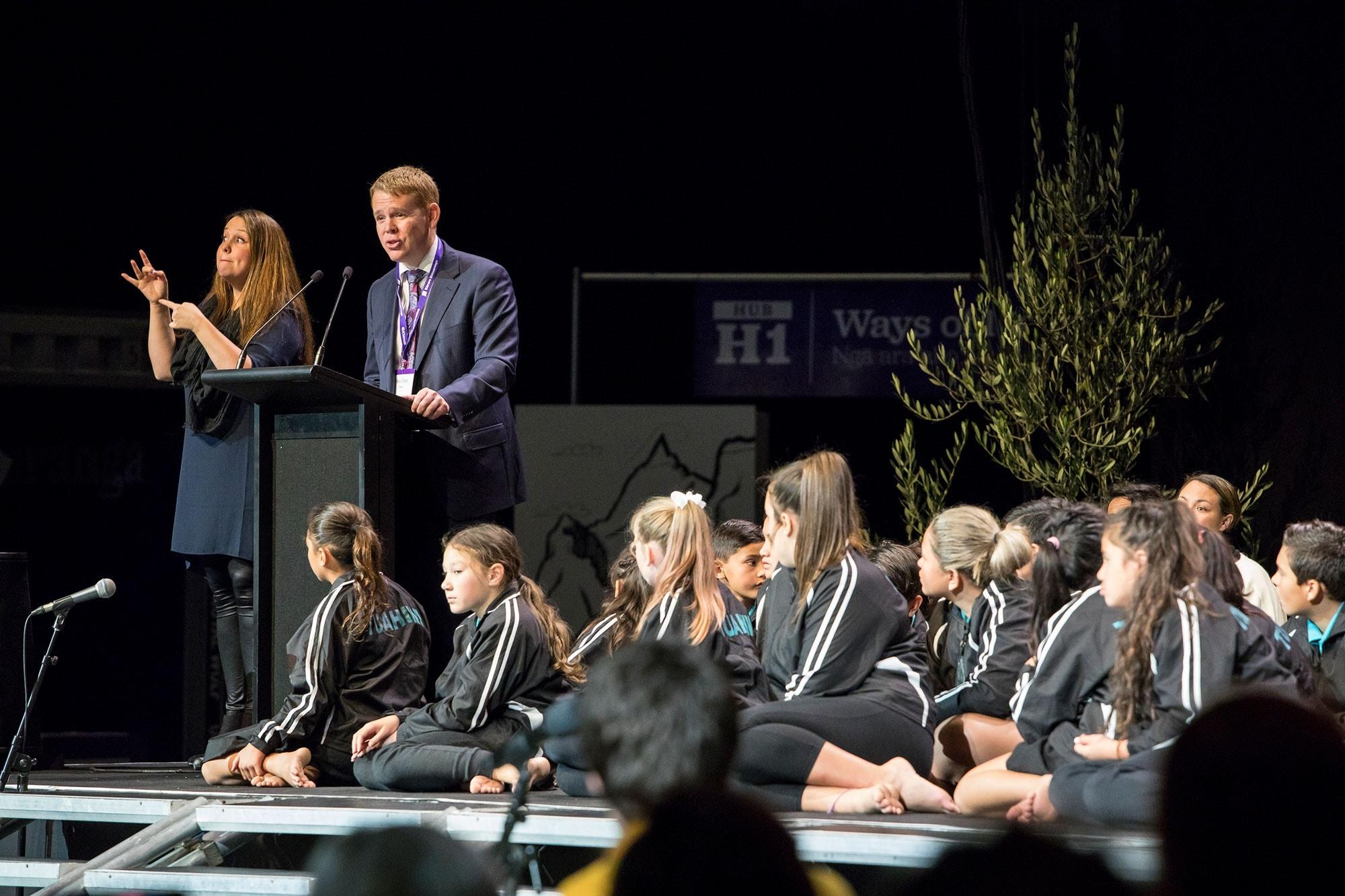 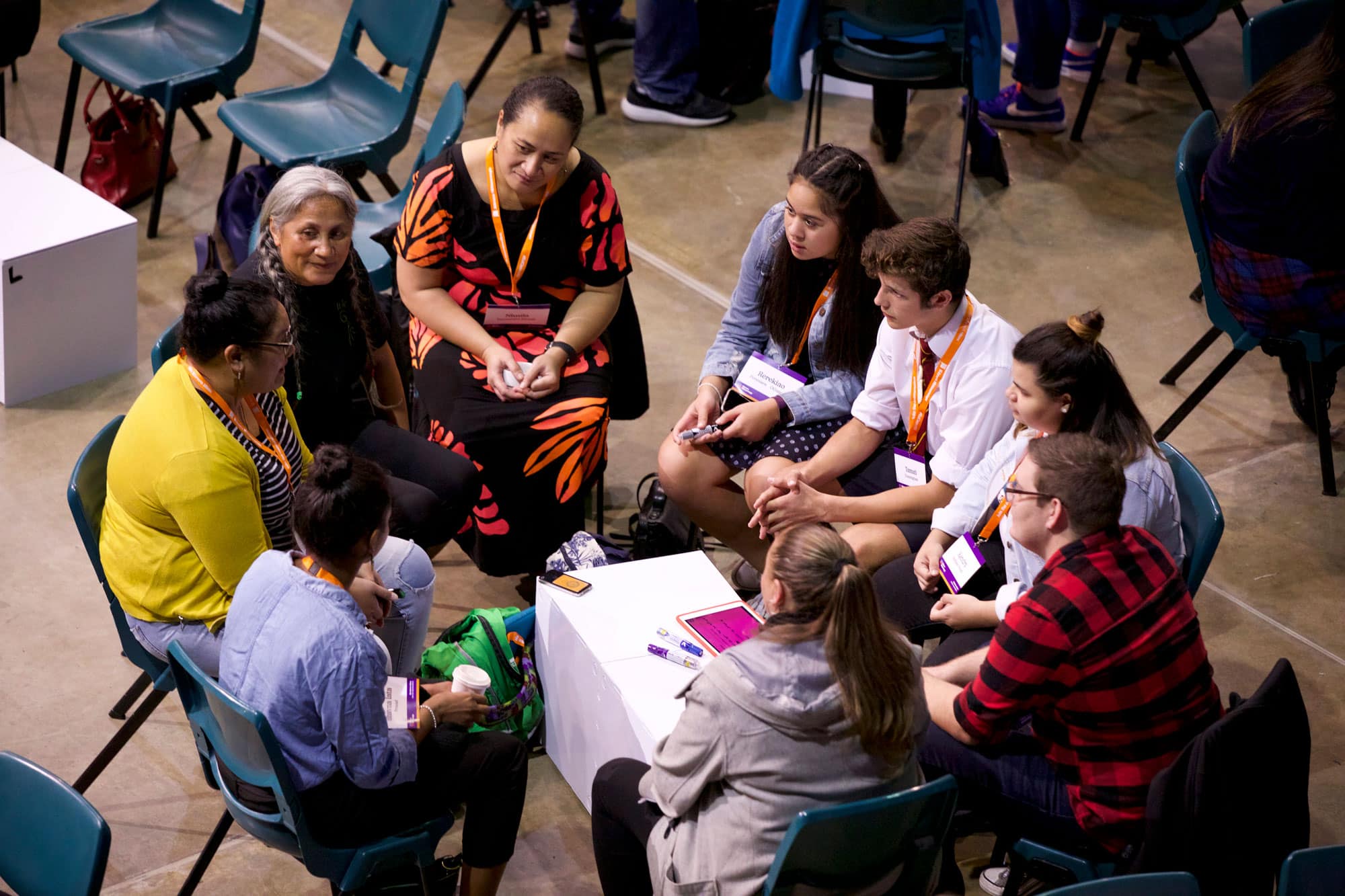 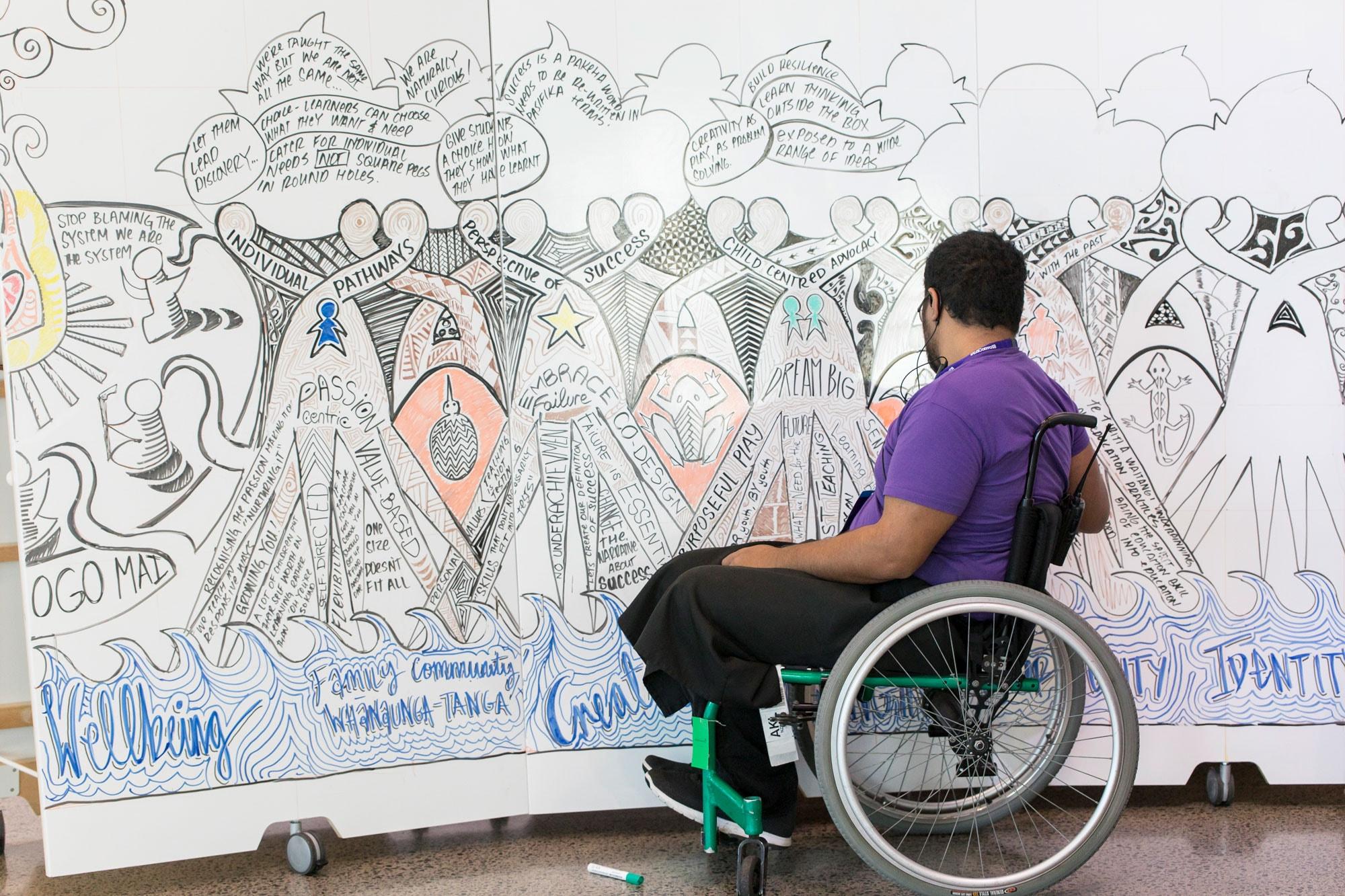 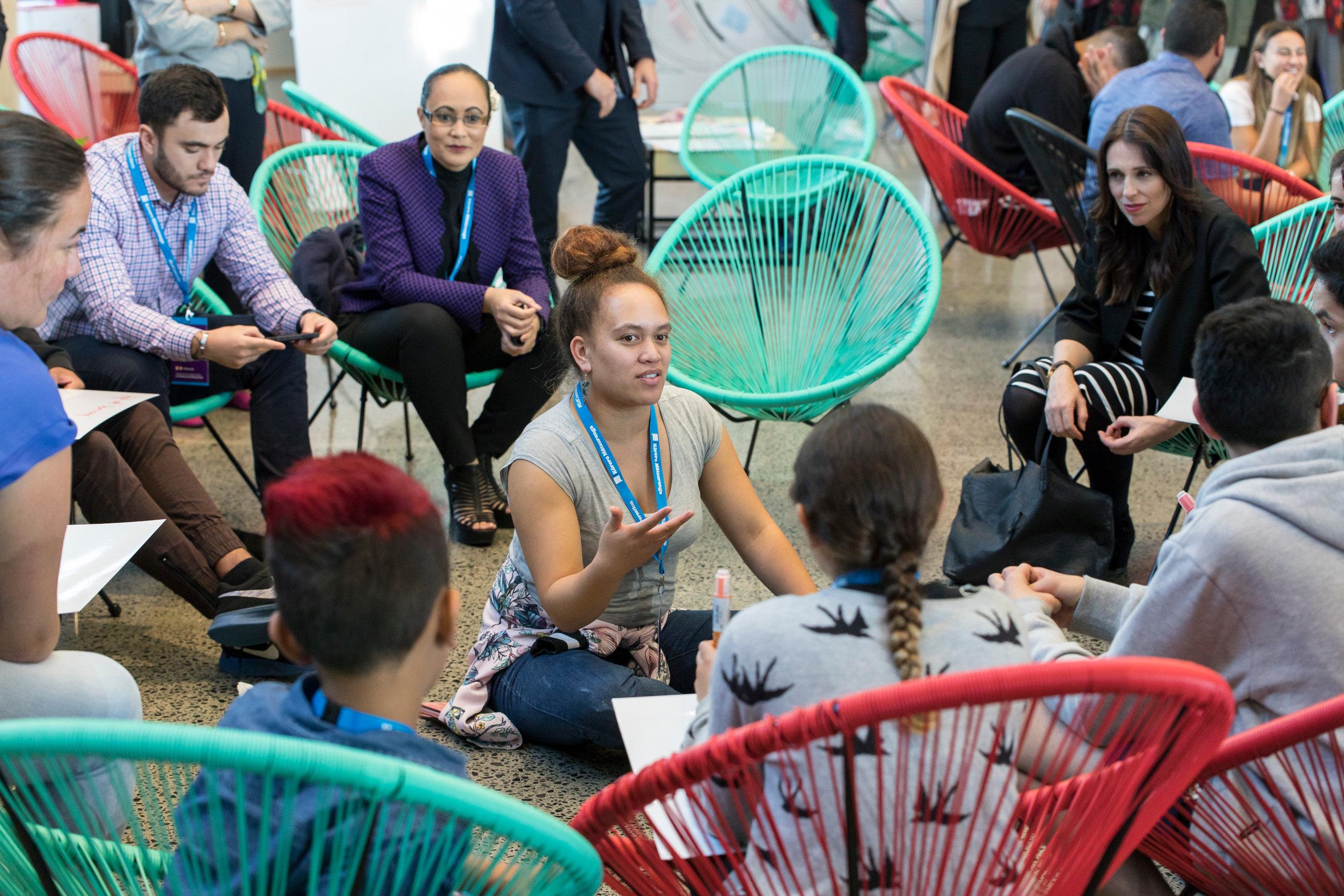 OUR APPROACH RELIED ON THREE CORE PRINCIPLES THAT INFORMED EVERY ASPECT OF THE SUMMIT DESIGN PROCESS.

The Summits have started a nationwide conversation on the topic of education and it went well beyond the participants of the summits with over seven million impressions on Twitter over ten days and hundreds of follow up events across the country. With hundreds of people across the country determined to expand the conversation and drive progress, the Ministry has created a unique platform for change.

Since hosting the Summits, the Ministry is pursuing projects to embed end-to-end co- design at the heart of several projects of the work programme in order to nurture the quality and integrity of the national conversation at all steps of the journey. The appetite is strong on the political side to drive more engagement, and on the citizens’ side to keep playing a central role in shaping their own future. As we write those lines, we are also supporting a spin-off cross-sector initiative by the Human Rights Commission to achieve truly inclusive education across the country.

The summits showed us that with the right leadership and the right collaborative design skills, we can bring the sector together and change the dialogue between all stakeholders. Additionally, the cross-sector approach is what allowed us to shift the posture of the Ministry from that of a central engine to an enabler of a broader social dynamic.
Philippe Coullomb